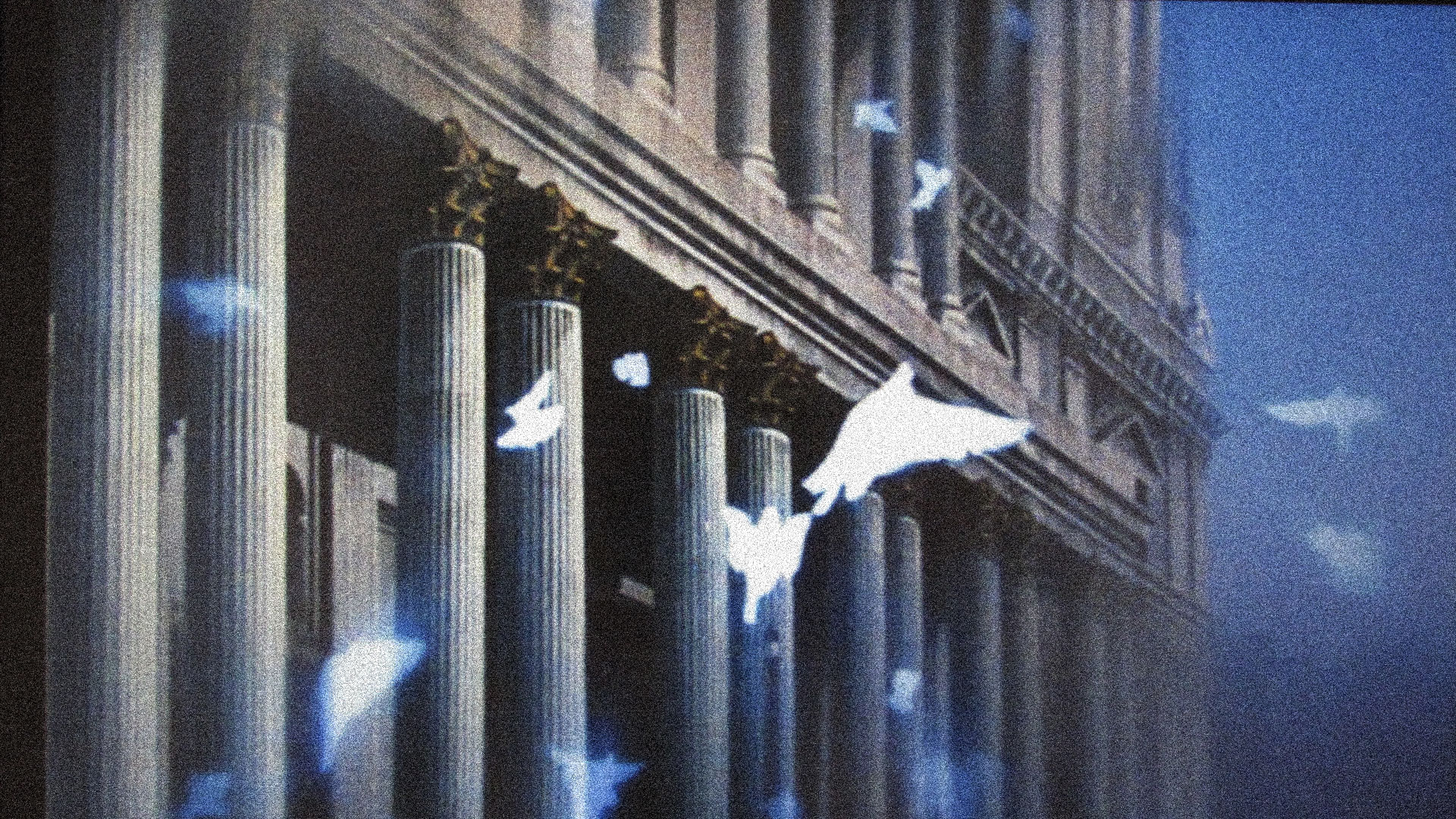 A force of nature, she arrives, born aloft on the East wind. Shaman. Magician. Anti establishment agent of Revolution.

Armed with her magic words. Words of power that induce joy, chaos, revolution, she is Hermes the agent of change and true champion of the repressed.

She works first on the children who of course need little help to be lead into the realm of magic; a place of will, imagination manifest. Her first teaching, that work, the leaden drudgery of existence, can be made joy, transmuted into a golden wondrous game.

She is Aleister Crowley contradictory and deliberately obscure.

Then with her underground, street artist friend we are taken by the hand. Altered perception to 25 frames per second. Cell. The Second dimension. Here in the technicolour dream realms we commune with the beasts. Here we disrupt the hunt. Here she teaches freedom of will and knowledge of self through imagination and expression, specifically through the use of the magic word – supercalifragilisticexpialidocious.

We continue to learn. Laughter can literally elevate you. But must be checked lest we get too high. We discover parallel London’s above and below. She travels effortlessly between the worlds. We can too. Become Trans-Class. The Chimney Sweep’s dance.

Like Ogunda the voodoo lwa credited to the Haiitian revolution of 1871, rather than directly interfering, she inspires change. And the true subject of her teachings, the father, the strict disciplinarian who rigidly adheres to ‘the rules’, is never aware that his will is being bent to that of the magician. Until, that is, the story ends.

It ends with a bank being brought down by one of its own. The straight, the suit. The Man, the chief agent of norm, enforcer of the status quo is transformed into the iconoclast, the revolutionary. He uses the magic word, releases love and joy and the system falls. or he ascends past it. Either way, now, Love is The Law

The Temple being in darkness, the Speaker ascended into his place.

Then the winds changes and away she goes, the emissary, the harbinger of change, who remains herself immortal unchanged.