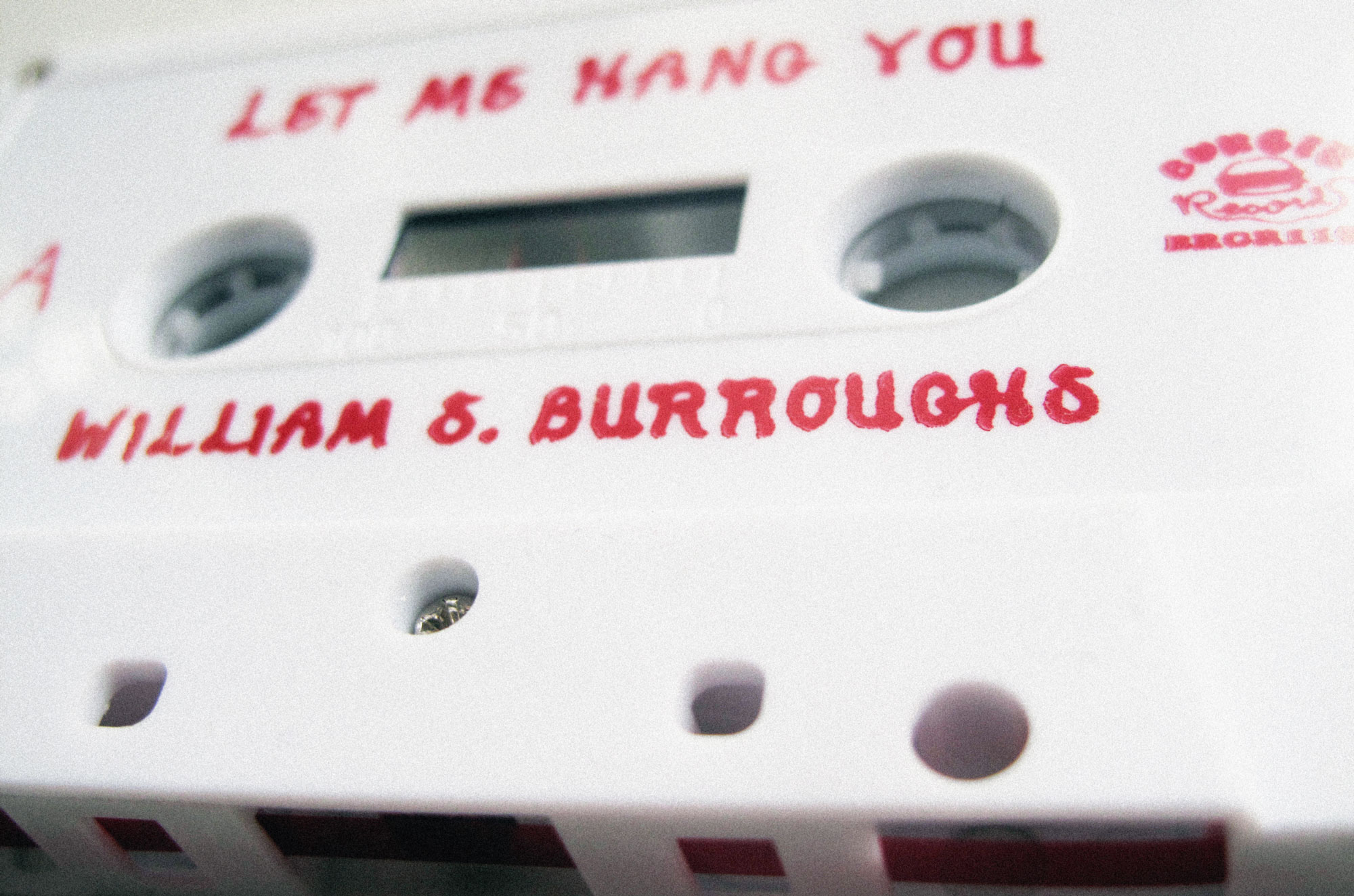 LET ME HANG YOU – Burroughs & Kahn A Match Made Interzone

Shortly before his death in 1997, William S. Burroughs was recorded reading some of the most shocking yet outrageously funny sections of Naked Lunch, his powerful fever dream of a novel.

The spoken word recording accompanied by music from the guitarist and composer Bill Frisell, pianist Wayne Horvitz with violist Eyvind Kang “got buried and put out of print very quickly” said the producer Hal Willner,

Subsequently abandoned, these recordings collected dust on a musty shelf as forgotten as a piece of rancid ectoplasm on a peepshow floor. However, in 2015 Willner re-examined this unfinished masterpiece and sought additional help from King Khan, the eccentric Berlin based, Canadian punk/soul frontman that he and Lou Reed had befriended in 2010 following an incendiary performance by his The King Khan & BBQ Show at Sydney Opera House as part of a Lou Reed/Laurie Anderson curated festival. Willner sent Khan the recordings and asked him to add his gris gris to this already extremely perverted gumbo.

Khan in turn contacted vocalist/composer M Lamar (creator of the Negrogothic manifesto and the identical twin brother of transgender actress Laverne Cox) and Australian psych/punk act The Frowning Clouds for help with contributions that further heightened the unsettling mood of Burroughs’ narration.

And isn’t it a unique pleasure to hear the voice of Old Bill so near, reading from his defining work, the defining work of outsider fiction.

And while it may have been too shocking to be released in its original incarnation I find my audio stream so awash with ‘cunts’ these days that one might expect Naked Lunch to now appear tame.

As mentioned in the excerpt from the Press Release above, in this audio incarnation, Naked Lunch is funny, a touch more vaudeville perhaps. But the words still hold their power, the voice adds soul and the music – surprisingly musical, gives depth, colour, mood and flow – A unifying completeness difficult to attain in book form.

All in all a deeply satisfying experience providing all the subversive, queer, comic, horror one might want to insert in one’s ear hole.

Get it here. from theKhannabalism Bandcamp page.
Artwork by Michael Eaton.