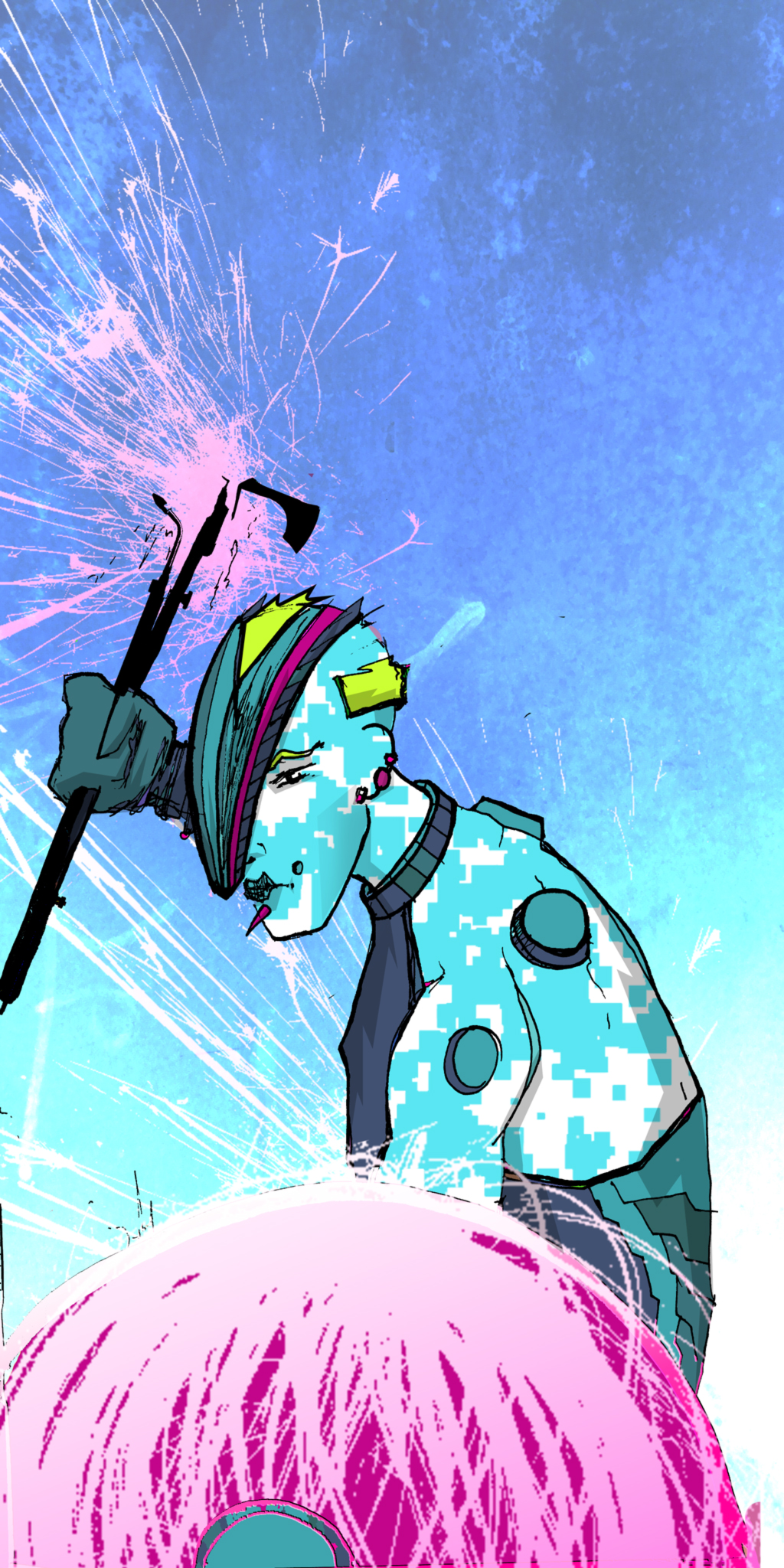 The young shieldmaiden Dagný (Dawh-knee) has been spacefaring, trading, and raiding for several years already. As a result, her youthful features are covered by counter-surveillance face paint, her hair is cut short out of practicality, and her gaze is savvy and alert and often defiantly fixed upon others – forcing them to look away or else. Lithe and wiry, Dagný always has her force-shield braced to her forearm and the rest of her weaponry nearby.

Underneath the toughened exterior is a highly curious and inquisitive mind. The shieldmaiden has spacefared for as long as she has moved much more by her belief in values traditional to the World Tree – such as strength, bravery, and ingenuity – and by her strong interest in learning about other worlds and their people, than by a wish for riches, fame, or standing. Dagný treats slaves/thralls decently and usually urges they be quickly granted their freedom. She has yet to understand the cruelty that is implicit in raiding and slavery/thralldom as well as why others argue against the violence used to maintain both practices.

With those Dagný considers her companions and/or equals, she shares witty comments, an easy laugh, and questions about that which makes her curious or which she fails to grasp because of cultural differences.

Character attributes:
Wit. Joy. The laughter of the group and it’s conscience. Unable to not call ’em how she sees ’em. Powerful and strong, she is the most uninhibited If the group but perhaps has the most to learn.

Character arc:
Why does she join the group? What is it that makes her happy to give up her profitable, free roaming life to commit to compromise, cohabitation and a cause bigger than herself?

A world in its own right, the monumental organism that has almost wholly consumed the planet ___ serves as a habitat for Dagný’s people and as a scaffolding for the wormhole gates that lead to the worlds of the mysterious Green, the respected Brave, and the dreaded Cold. A biomechanical symbiote or parasite, known only as the World Serpent, is entwined with the World Tree, but has not stirred in centuries.