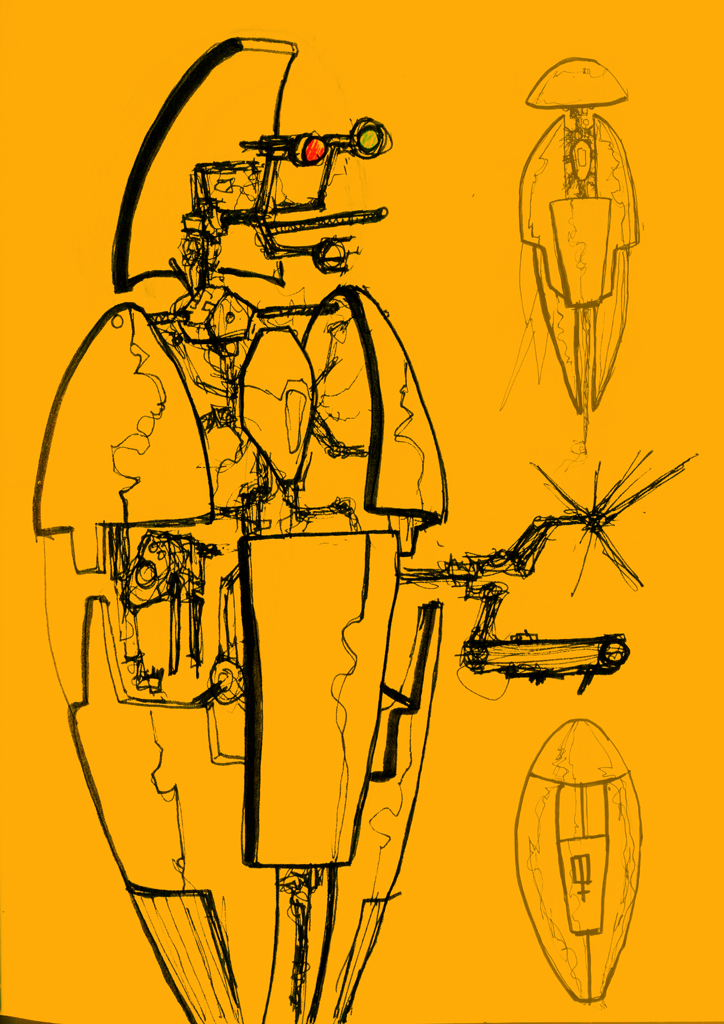 Somewhere between a society and a concept, the Yotta – and the individual that identifies itself as Tranquil Autumn Breeze 179 (affectionately called HI by the core team and perhaps by the main characters also) – represent an enigmatic and utopian society based on quantum computing. The Yotta as a whole acts as a sort of gatekeeper of order and chaos in the cosmos, dedicating resources to predicting and preventing catastrophic instabilities before these happen. The Yotta and its individuals manifest themselves while operating various robotic forms as well as unexpected disguises.

Tranquil Autumn Breeze 179 expresses itself in Zen-like terms, hyper-rationally, but also in a way that is philosophically quizzical. More intensely than most individuals within the Yotta, Tranquil Autumn Breeze 179 is driven by an exploration of wisdom, probability, and the unknown. Beyond that, close to nothing is known about the individual that Tranquil Autumn Breeze 179 was before it decided to upload into the Yotta. That irreversible digitalization, which forfeits the capacity to ever return to a flesh and bone body, alongside the infinite simulated experiences that the Yottaplex has to offer, seem to be the reason why Tranquil Autumn Breeze 179 never shares or reminisces about personal details. However, in the measure that it intervenes and engages with Ash Pure in an open-ended debate about the future of humanity and the prospect of universal harmony, something more personal seems to have begun trickling through.

The Mainframe=“the Yotta”, which can refer to the simulation space|s (e.g., “Yottaplex”) as well as its inhabitants (e.g., “the Yotta” as in “the Uncountable”) and that often is synonymous with the term “Higher Intelligence” (H.I.). The Yotta accepts newcomers from any background and worldview to their society, requesting only that those wishing to immigrate fully accept the peaceful and consensual norms that guide them and indicate their understanding that once digitalization is completed, there is no way in which to return to organic life. Within the Yottaplex, individuals are free to live in whichever way they wish, either as smaller communities or entirely alone, in the simulations they desire, and for whatever amount of time and at whatever subjective speed they want. What responsibilities individuals and communities have toward the Yotta as well as the criteria used to decide who represent the Yotta in the rest of the cosmos are opaque matters, brushed away when they come up in conversation.

Character arc:
Remains constant, unchanged in the first chapter. Balance and order to the chaos of Pure and Adul. The true magical intervention disguised as absolute fact.
Potentially the most mysterious character whose origins, bigger picture are not revealed until later.