I admit it. I was scared.

Okay. Are you happy now?.

Fine I wasn’t just scared, I was terrified, gripped by a constant fear that I’d walk into my friendly neighbourhood comic shop and see something that thematically or stylistically would be the equivalent or, more likely, the better of what I wanted The Lion & The Unicorn to be staring back at me.

I didn’t know this at the time. Or at least I didn’t admit it. It took some tough love from one Richard Bruton from The Forbidden Planet International blog to open my eyes. Indeed I now know the best reviews are ‘bad reviews’, from a creative improvement point of view at least

So once I’d got past the anger, the sadness and reached acceptance, I sat down (actually I work standing up but you know what I mean) and pulled the book apart.

The beauty of working digitally is that I could go back into Photoshop files and rework a layer, then add to and adjust the layout in InDesign, improving the text via Illustrator, as I went along.

This lead to the Digital extended edition of issue 1 which went on sale via ComiXology in 2013.

However there were still aspects of the line work that I was unhappy with, not to mention the spelling mistakes (That apostrophe!) that had been haunting me ever since.

So finally, 5 years on from the original print, The Lion & The Unicorn – The King is Dead Part One Extended Edition goes at least someway closer to being the comic I want to see on those shelves. 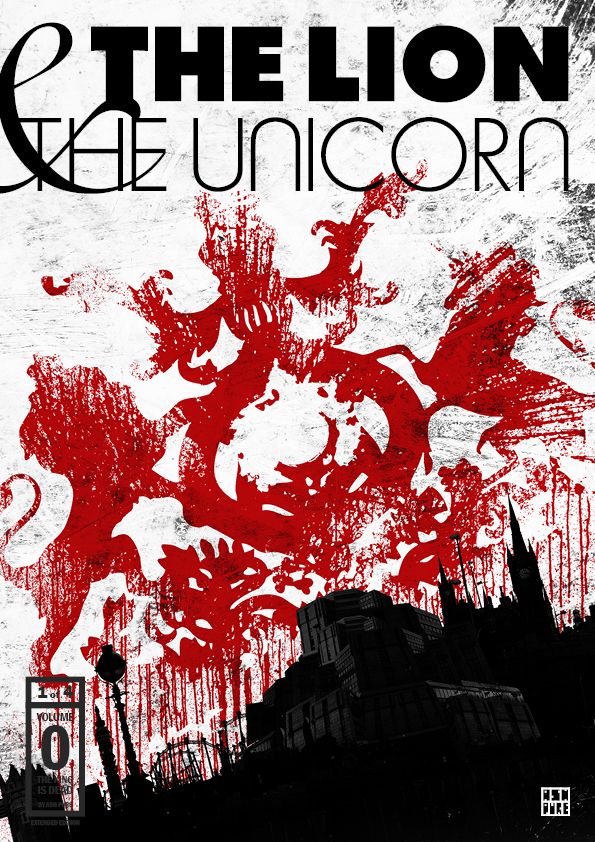 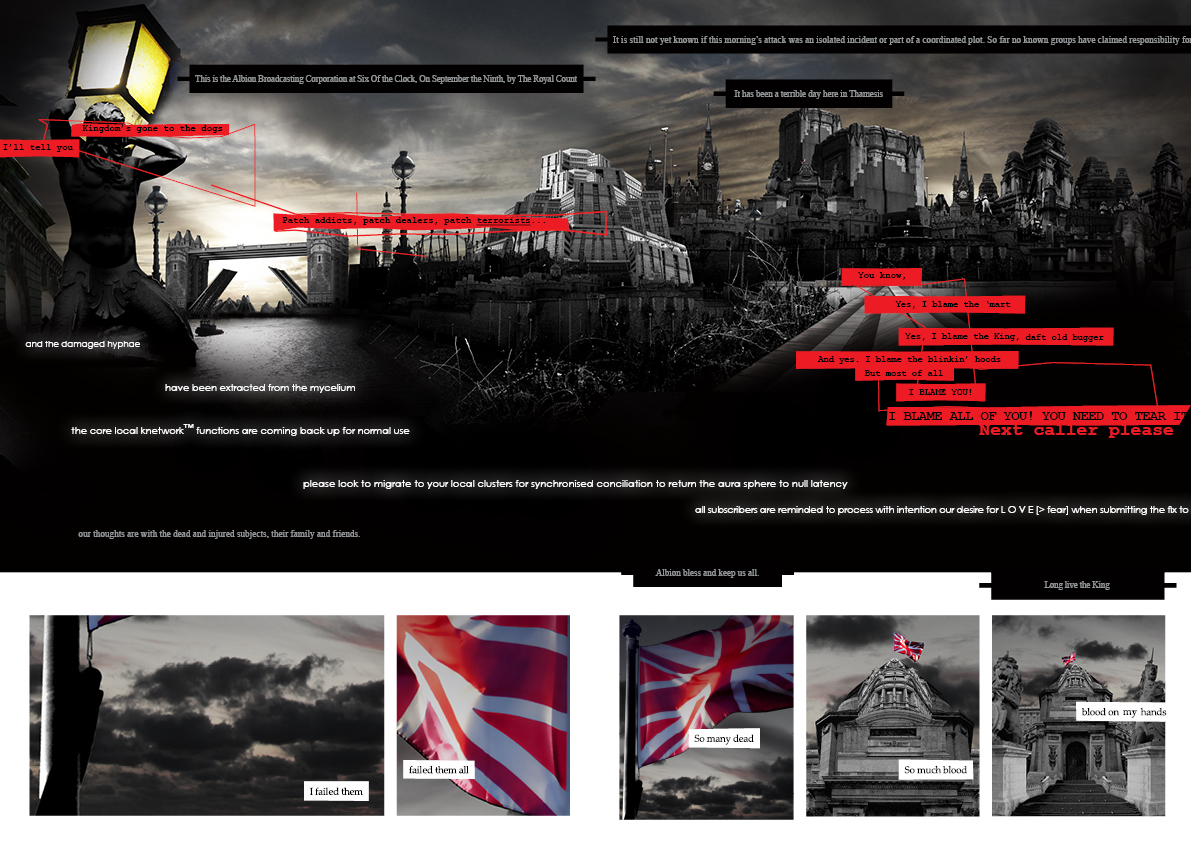 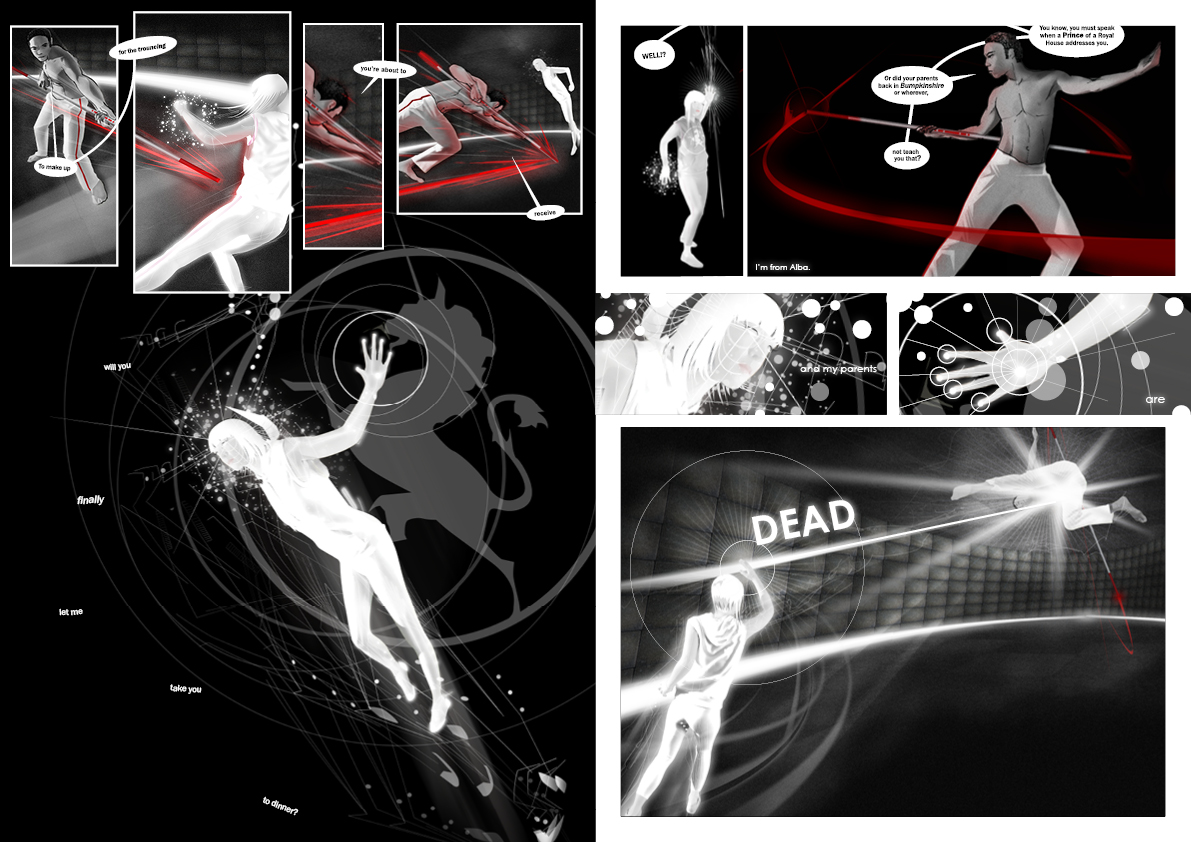 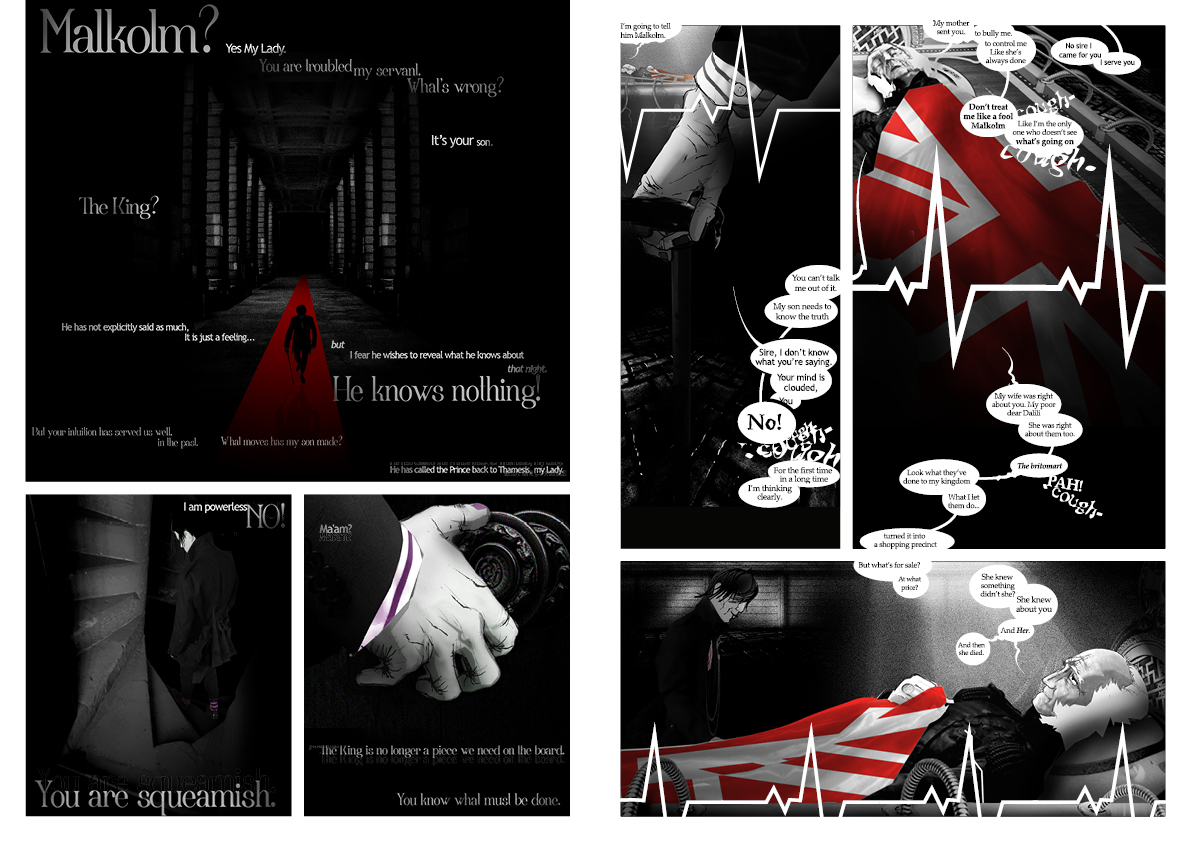