Picture it. 1989, East Finchley, The Phoenix cinema, a 12 year old boy… nothing would ever be the same again 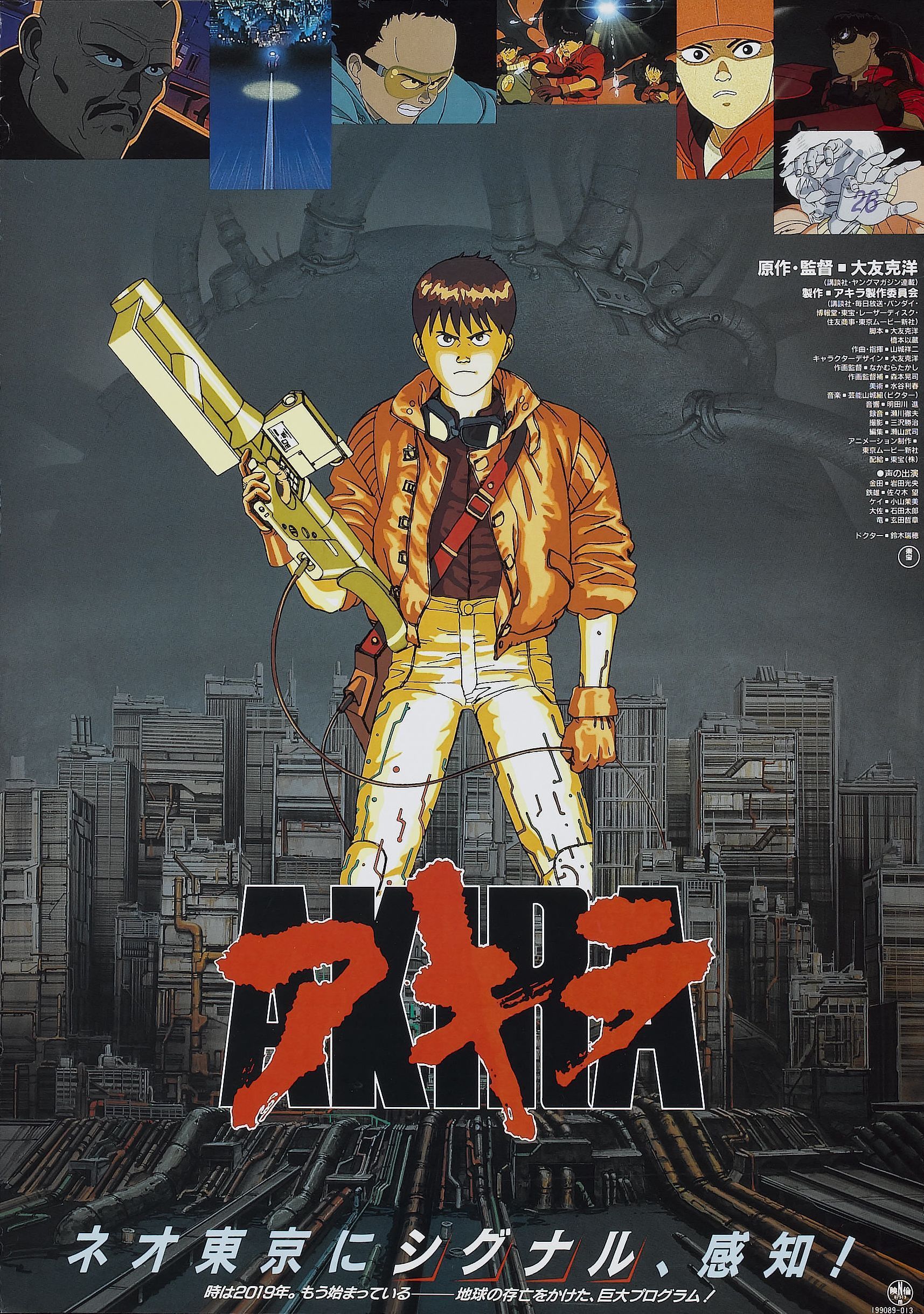 Amongst the monoliths of my formative cultural landscape, none stand taller than AKIRA

Katsuhiro Otomo’s masterpiece resonated with my childhood love of cartoons, of which I could spot the Japanese ones, although I had no real knowledge of Manga and Anime as it exists in the cultural consciousness today. In fact I thought Manga was Anime due to the label the videos were released under in the UK, Love that trailer. But it also resonated with my life long love of science fiction, Blade Runner being an obvious touch point, except with the brooding noir replaced with visceral speed and motion, cool, colourful characters, irrepressible, explosive action, devastating telekinetic power and my first glimpse at what I later came to know as ‘body horror’  (Where human forms transform into fluid monstrous states, A particular staple of the medium. Think John Carpenter’s The Thing, but with more demon cock).

But overall it was the shear depth and scale of the storytelling that struck me, spiralling from the city streets to the inner mind / outer cosmos (all good science fiction should end with the deathbirth of the universe – double spoiler?) and back. With an expertly rendered apocalyptic event in between.

All of this and ‘that bike’.

For me AKIRA set the bar for all anime indeed all animation to come. The American adventure cartoons paled in comparison, with even the mighty Disney looking cheap and amateurish. The precision and continuity of line, is so detailed, so tight it creates an entirely convincing visual experience.

And talking of tight… I recently rediscovered the original manga which I had put to one side due to the Dark Horse versions feeling somewhat  cheapened by the sound effects and mirroring the pages for left to right reading. Hey Pure by name… You know I only ever watch the film in the original language don’t you. But seeing beyond the ‘Fips’, ‘taps; and ‘splorks’ isn’t hard as it’s a mighty work of dizzying visual complexity. One which, like the film, manages to hold a firm linear narrative. Not always common for ‘Eastern’ art, which can employ more non linear, mood building techniques, not being overly concerned about getting from a to b and. Regardless, the art is simply breathtaking.

It’s not hard to see the influences of AKIRA on The Lion & The Unicorn; the rival street gangs, a megalithic city beset by warring factions and revolutionaries. Drugs that grant the user psychic and telekinetic powers and it all heading towards a ataclysmic event that leaves the city and it’s inhabitants changed for ever… But I’ve said too much.

And now I must go because it’s no good watching, it, sitting around and talking about it. You actually have to do it to make the stories living in your head, a reality. Otomo had 6 volumes at over 2000 pages of the most detailled art I’ve ever seen. That and one of the greatest films (not just animated films please note) of all time.

I better get on it.