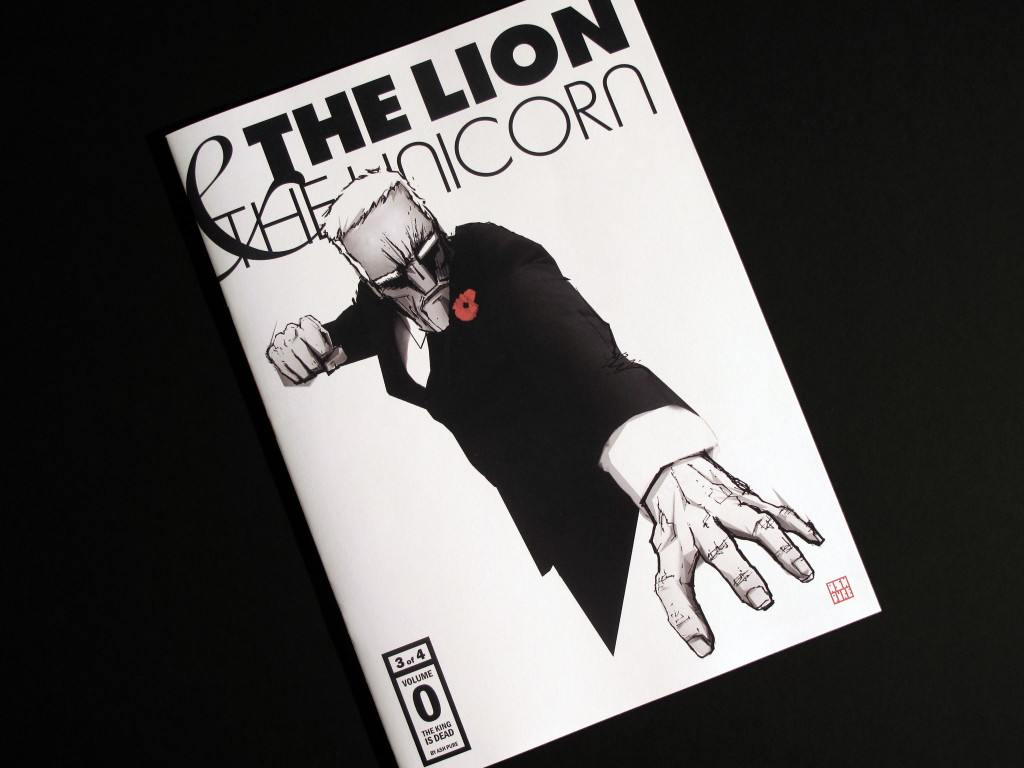 Part 3 of 4 of the critically acclaimed series The Lion & The Unicorn, The King is Dead, signed and numbered, deluxe edition of 150.
The print edition, influenced by the large format British comics of the 80s and 90s is a beautiful oversized 28 page magazine format, produced to extremely high standards as ethically and environmentally as possible.

A long travelled messenger finally reaches his journey’s end only to find it may be his last. A young member of the establisment hides a secret life as a would be Freedom fighter. She wants to save the world but is she being lead along a dark path? And as the old king is put to rest two heroes arrive in the capitol, un welcomed and alone, are they prepared for the task that lies ahead or aware of the unseen powers that conspire against them?