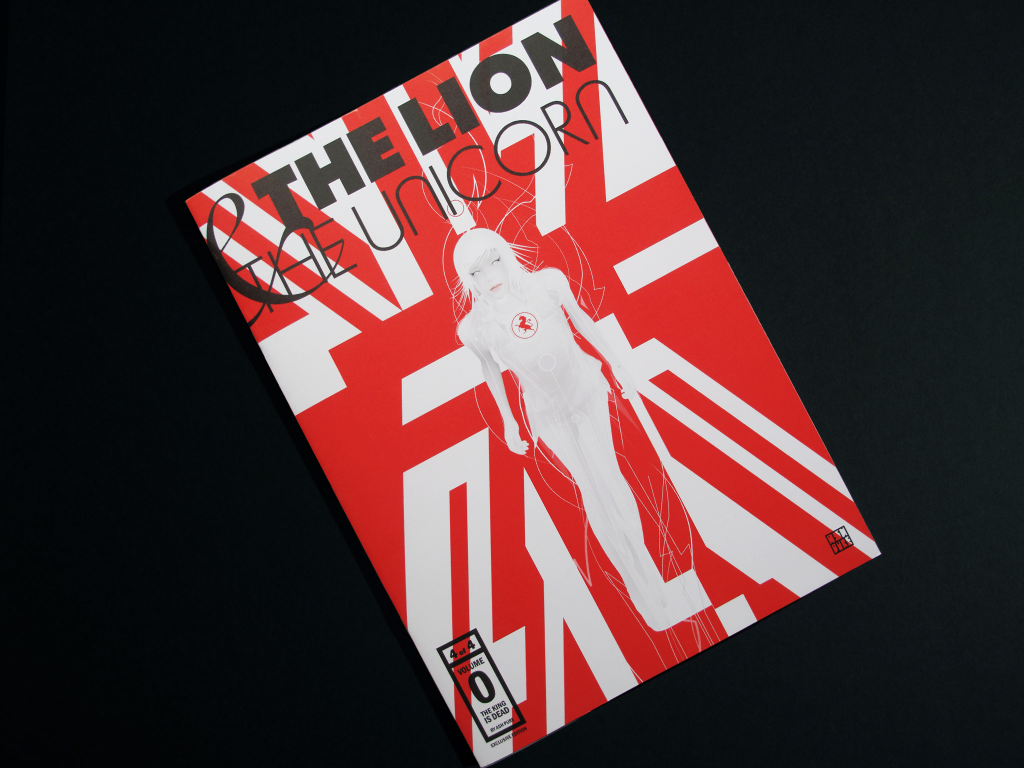 Part 4 of 4 of the critically acclaimed series The Lion & The Unicorn, The King is Dead finally arrives as a signed and numbered, deluxe, ultra limited edition of only 50.
The print edition, influenced by the large format British comics of the 80s and 90s is a beautiful oversized 28 page magazine format, produced to extremely high standards as ethically and environmentally as possible.

An old soldier from the Kingdom’s ‘glorious past’ returns but doesn’t get the welcome he’d hoped for. While a rising star and ‘poster girl’ for the conglomerate, finds herself alone and unwanted in the hostile city.
In this, the final part of the story, The Lion & The Unicorn come head to head on the day of the new King’s coronation. He hopes he can unite the two heroes under his banner of hope, but will they destroy each other before he gets the chance?