The Final Part of The Lion & The Unicorn Volume 0 is here at last! 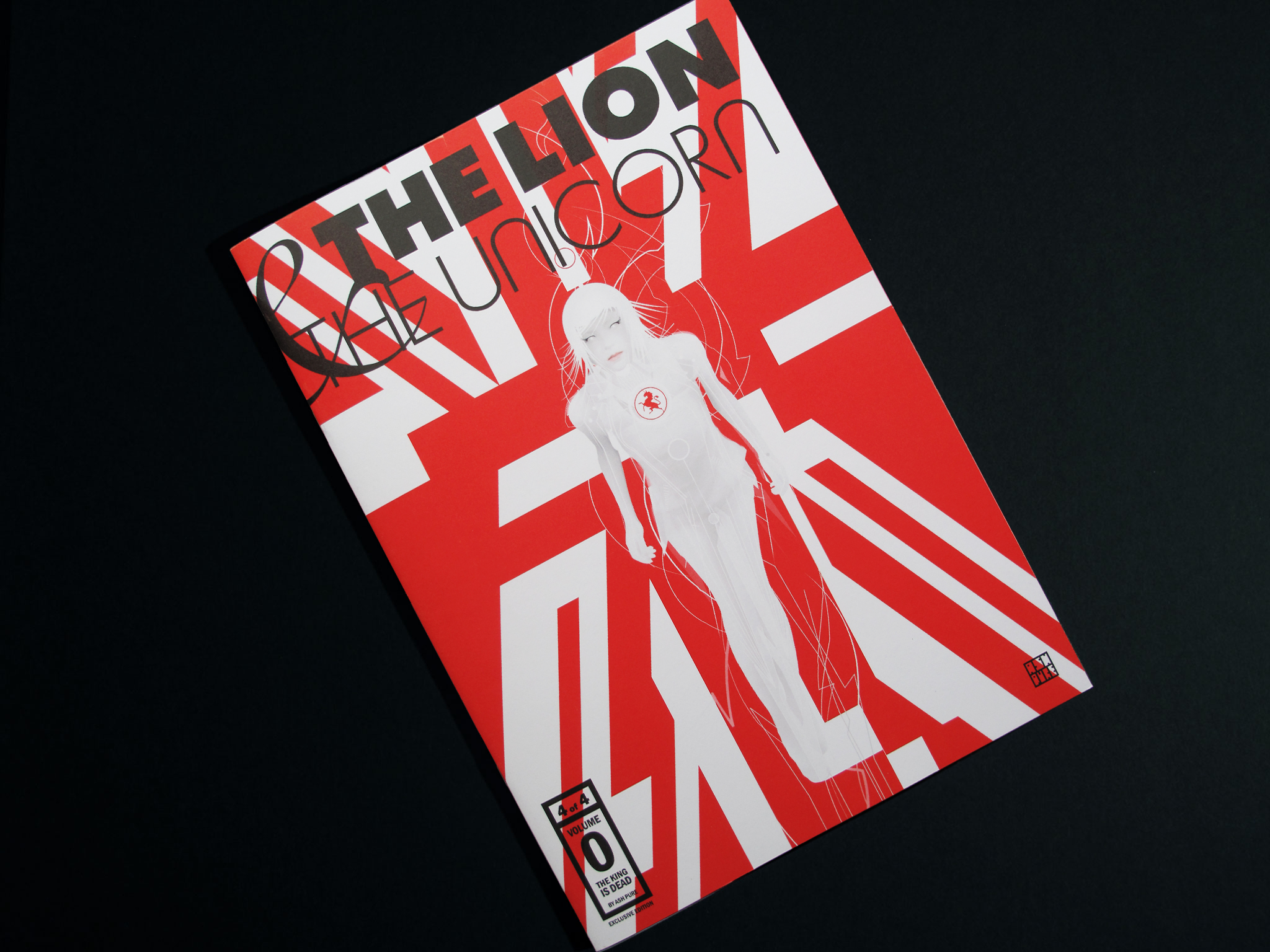 Yes The Lion & The Unicorn – Volume 0, the prequel if you will, is finally wrapped up in a nice neat, deluxe print, ultra limited edition package. 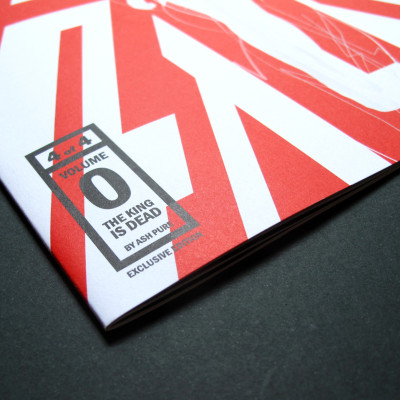 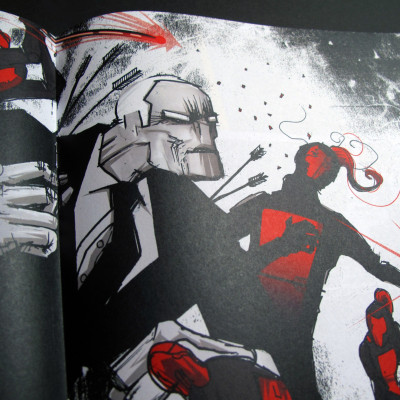 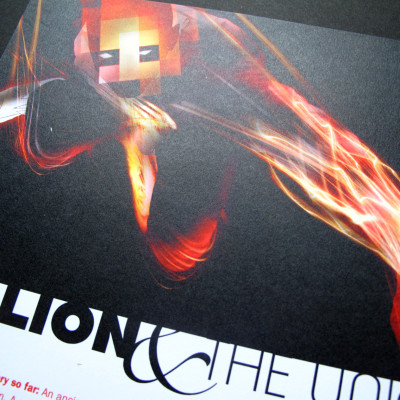 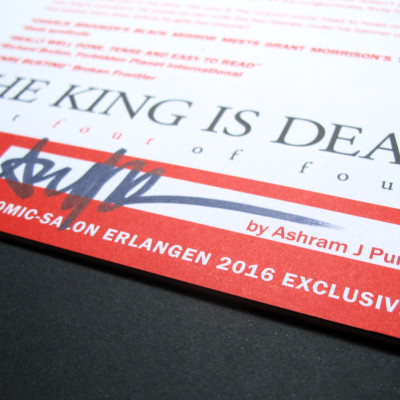 So why did it take so damn long? The first version of issue 1 being released in 2011 (with the extended re-version released earlier this year). I’ll tell you for why because making The lion & The Unicorn is a massively long, ball achingly slow, laborious process for just a man… With a man’s courage, he’s just a man with a man’s power – Freddy

Because I want the world, the characters to look how they look in my head, Bladrunner meets Excalibur directed by Katsuhiro Otomo – and the only way to come anywhere close to this, for me, is by using a combination of photography, graphic design and illustration in a process I like to call, composographicfotorotmancy – Catchy!

The trouble is even once the comic itself is completed, proofed, printed and ready, then you’ve actually got to go and get it out to people, which is. incidentally where we are now.

This is also why the comic debuted at The International Comic Salon in Erlangen, Germany at the end of May and you’re only just hearing about it now. 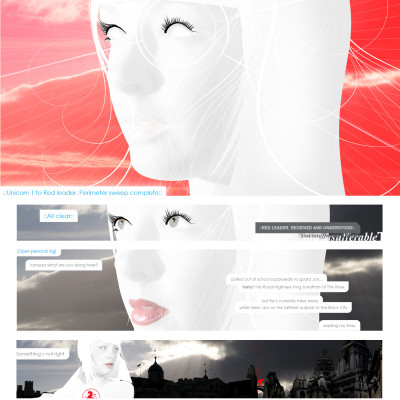 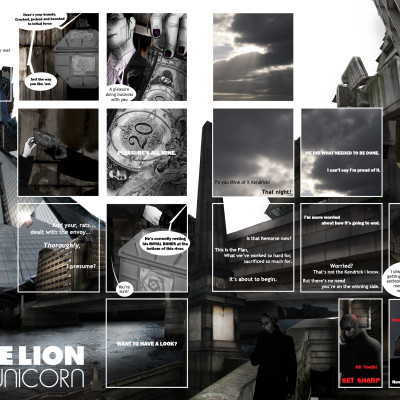 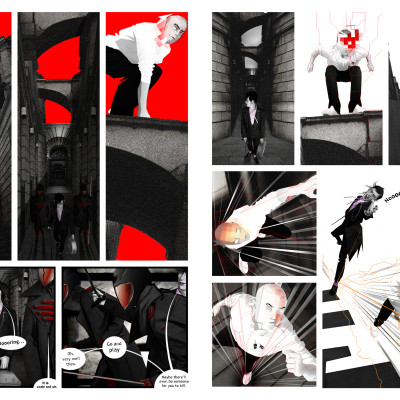 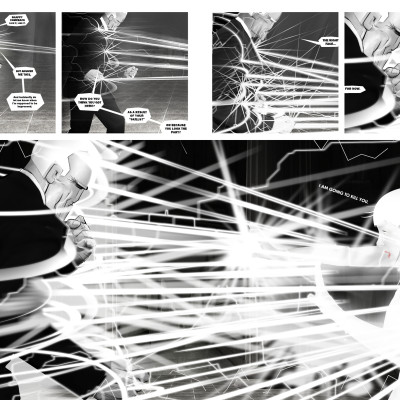 In this issue the Lion and The Unicorn of the title finally come face to face in a showdown that is nothing less than earth shaking. Yes, you’ve got it, first they fight then they become friends. Although not in this issue. Not for a while. This is the character dynamic will be the driving force of the next 3 volumes.

Talking of future volumes, for volume 1 I know I need to get a more regular release schedule, that means quicker output, that means changing how I work. I’ll keep the photographic backgrounds for sure, but the characters will be hand drawn- check out the centre spread of issue 4 to see how this is going to look.. I’ll keep the occasional photographed and rotoscoped character for ‘special effects’ sequences and the like, also because the shoots are fun and a great way to get people involved. You’d be surprised how much people love playing comic books. PeeOw. PeeOw!

But hand drawn it is. I owe a lot to Martin Eden, creator of The O Men and Darren Wilson of Avengers UK a Facebook fan fiction comic that did a crossover with The Lion & The Unicorn for their Xmas special. It was great to see my characters rendered in pen and ink by another artist. It showed me it work and you don’t have to be Jim Lee to do it.

So I’m spending this summer honing my craft in drawing and writing too – as the artwork aside I’m keen to be able to have some more naturalistic dialogue. While I’m aware this will never be Saga, I’m also conscious that the rigid structure of the massive character arcs and the epic scale of the narrative means that the human, relatable aspect can get lost. And at the end of the day it doesn’t matter how cool, or not, the visuals are if the characters don’t speak in a voice that you care about, well you just won’t care.

And by the gods I want you to care.