The Story So Far

One question I get asked a lot: “How long have you been doing this for?” Another more specific question: “What ever happened to Thamesis?”

Well today is the day I finally (start to) answer those questions. Yes, face front true believers…
Today you read the shocking true story of the origin of The lion and The Unicorn

The Lion & The Unicorn started life in 1996, filling pages in ever more numerous note and sketch pads. The concept, as it is today, was that there would be male and female, British agents in The Steed and Mrs. Peel, Avengers mould, but infinitely more bad ass… 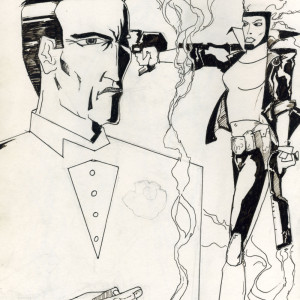 Throughout my time at art school and a brief stint ‘Travelling’ (working in a bar in Portugal, that counts right?) the concept, characters and story continued to develop with a key element crystallising, in that that psychic and telekinetic powers would be the ‘thing’. The Unicorn lost her gun and ‘Jim Lee, Jean Grey’ look, in favour of a softer more ethereal approach (Judge Anderson x Galadriel). Also the character of The K.i.D first appears but very much as an out and out villain (something like Tetsuo from Akira crossed with Charles Manson…). The supporting cast also started to expand in the form of The 4 and Jack Frost (characters who we will meet in Volume 1). 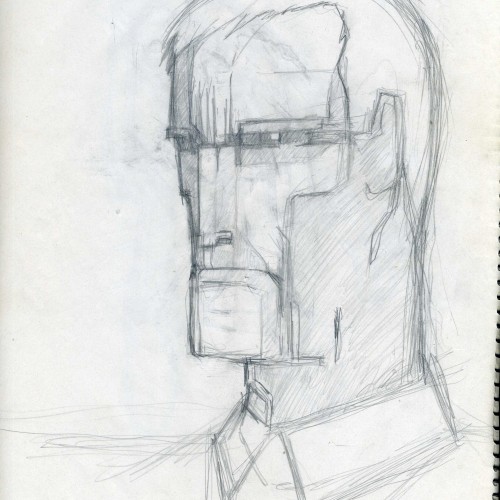 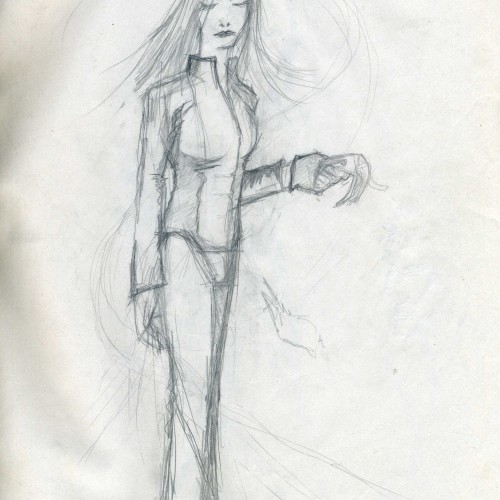 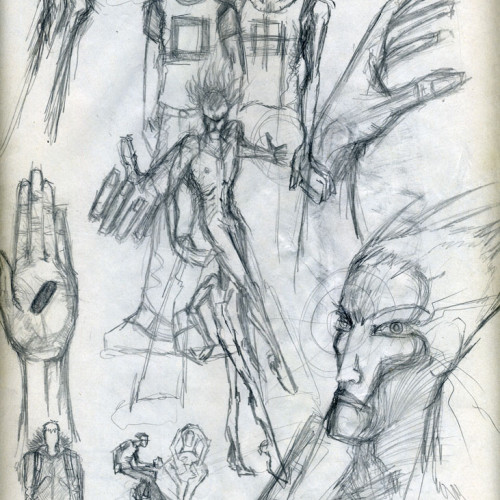 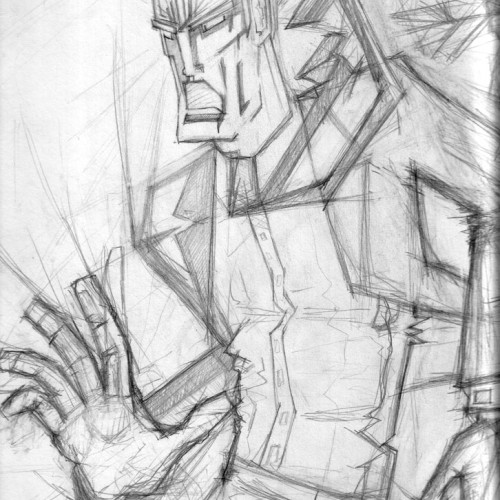 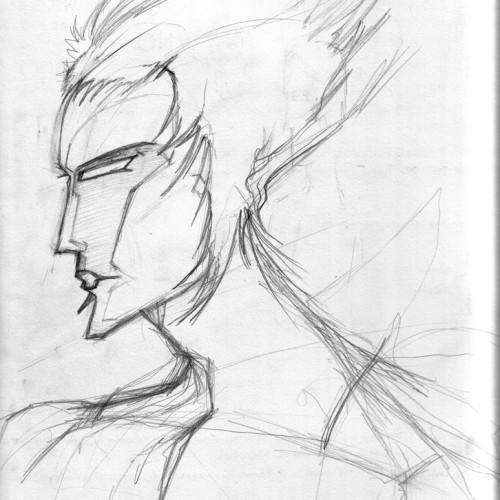 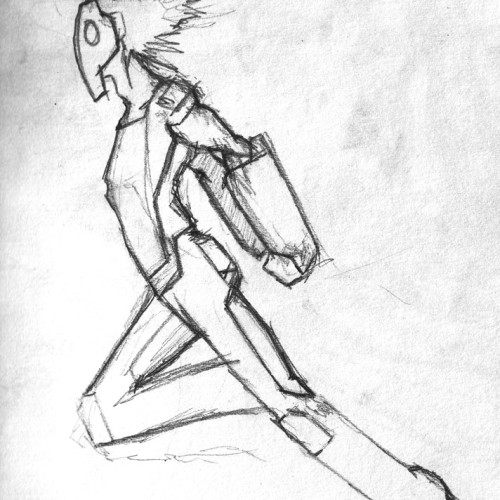 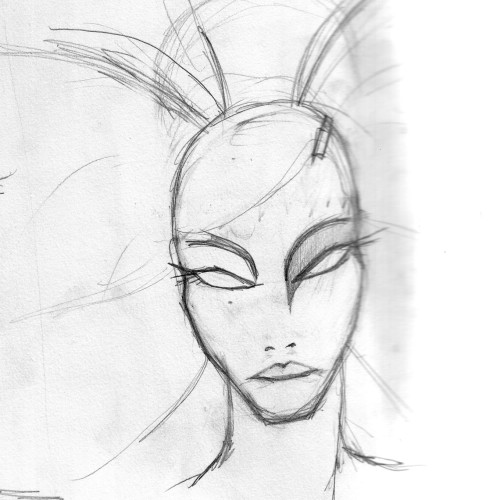 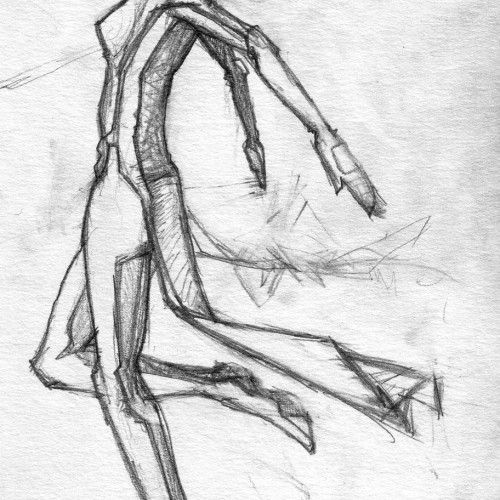 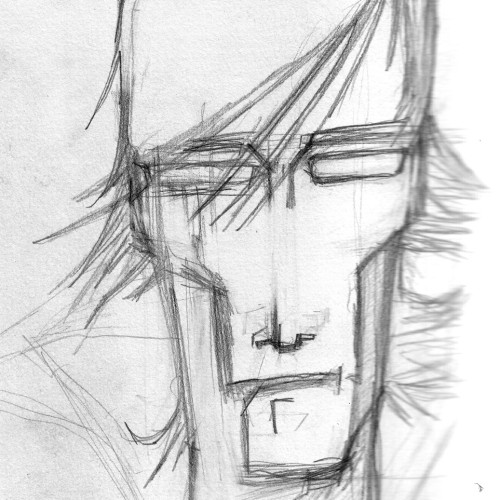 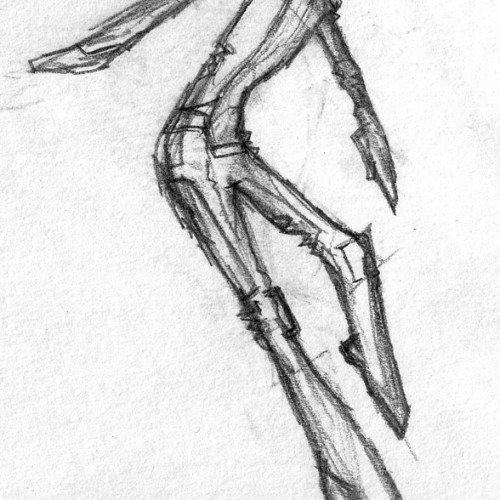 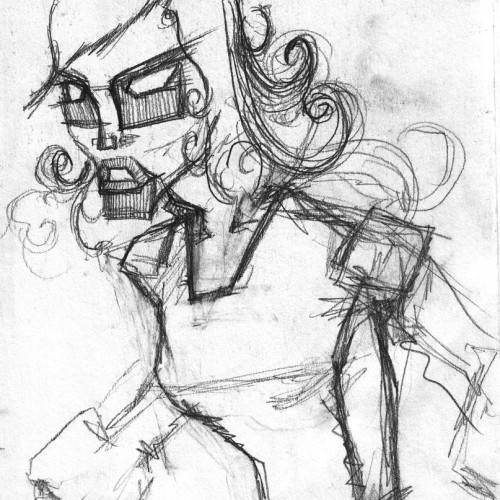 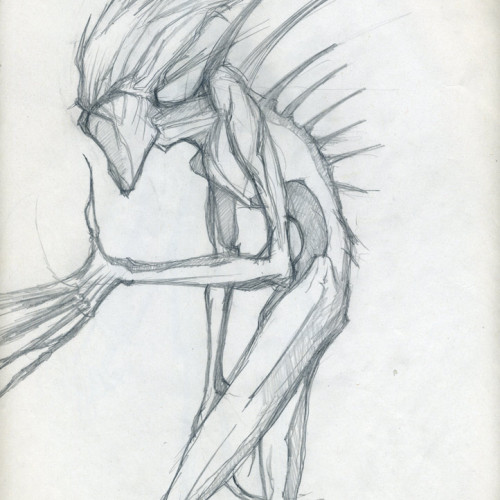 Back in London and working ‘freelance’ (yes, that is a euphemism for being unemployed) as a graphic designer and illustrator gave me time to really take the project a step further. Both visually with the awesome power of my 32MB RAM Apple Mac, scanner and printer, and conceptually.

In this period the influence of friends, colleagues and peers was all important, none more so than the now Doctor Charlie Miller who was, is and hopefully will continue to be a constant source of incredible, unbound, visceral information. Charlie and I worked together a lot on various ‘arty happenings’ in this time and the knowledge that he would feverishly gush always contained, less nuggets, more great big slabs of pure gold. Such fundamentals as TechGnosis – from the title of a book Erik Davis and Britomart – a character in Edmund Spenser’s epic poem The Faerie Queen and at one point in the running for the title of the whole story all came via Charlie. As did privelleged contact with the Illuminated Books of William Blake, which gave the project it’s first unified title.

Underneath this banner the story and world continued to gain cohesion and develop apace, it becoming more and more apparent that the setting needed to be not just a fictionalised present or future but rather an entire alternate history. I took this to it’s logical conclusion with the help of another friend, collaborator and inspirator from the time director Paul Angunawela.

“Is it to wanky to change London to Thamesis?”
“No. Stop being a dick and get on with it!”

Thanks, I needed that.

The story was to start on the millennium and climax on the then futuristic date of 21/12/2012. Which after a chance Sunday roast with another charismatic intellect; self proclaimed esoteric scientist Dan Winter seemed pretty final (And I quote: “December 21st, 2012 as the Christian’s describe it; The Rapture. The end of the world”. Cheers Dan, way to scare the $#!+ out of a bunch of 20 somethings with overactive imaginations, terminal weed habits and a penchant for staying up late and reading scary things on the internet).

This period in the early 00s also saw the first print release, a hand crafted card, poster and fold out mini-comic pack titled ALBION r i s i n g. It was light on narrative and overly styled so didn’t sell well, but it had something, enough for someone to steal a copy from Magma art book shop in Holborn.

Unfortunately I have precious little artwork from this period (it’s probably all on a Zip disk somewhere… Great) and no hard copies remain. If you have one (or if you’re the person who stole it) get in touch