I’m a lucky guy. I mean it, a real jammy dodger (as they say in the old country). Here I am, first day on the job – give or take, and I’m sitting with one of my absolute heroes.

If you don’t know Dodo then shame on you! – I jest, but really, you should. They are doing something really great. Indeed, like all my heroes these days, they’re saving the world, saving the world with stories.

News stories to be precise.

Dodo labs grew out of the excellent Dodo magazine. If you can get your hands on this beautiful ‘things to make and do’ publication then do it. Do do it! You won’t be disappointed. Dubbed as ‘The magazine that is a tree-house‘ This beautifully produced periodical transported you to a world of wonder and discovery. A unique visual style coupled with diverse, relevant, engaging – and above all fun – content really made this magazine stand out as something special when I saw it winking at me from the shelf of my local fancy magazine shop (Motto Berlin to be precise). 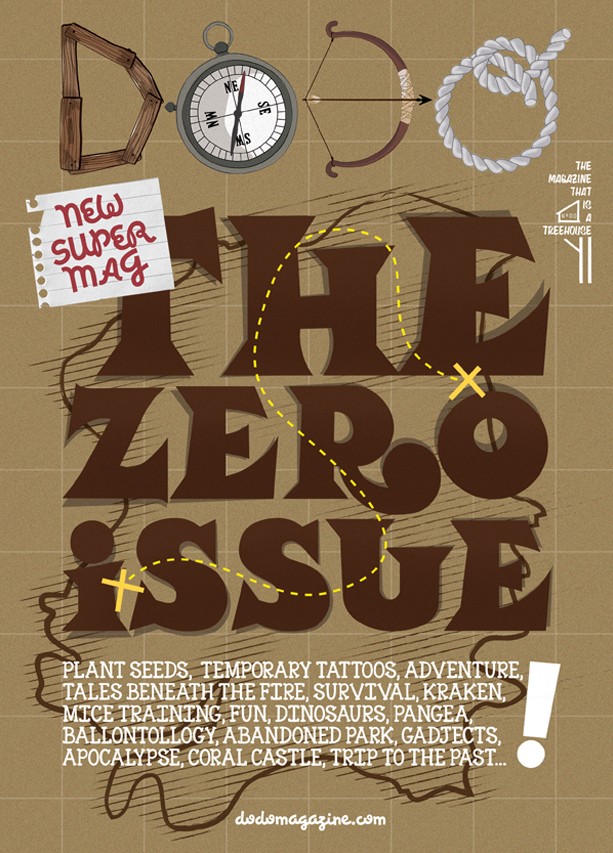 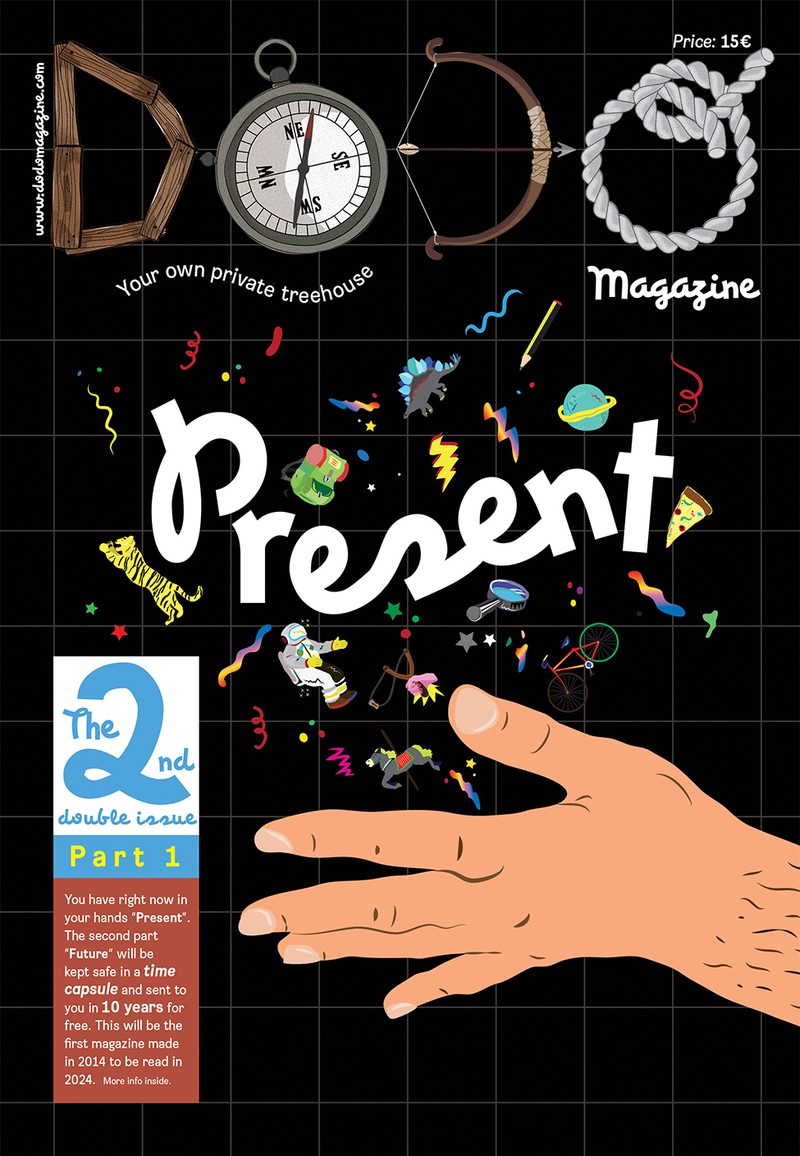 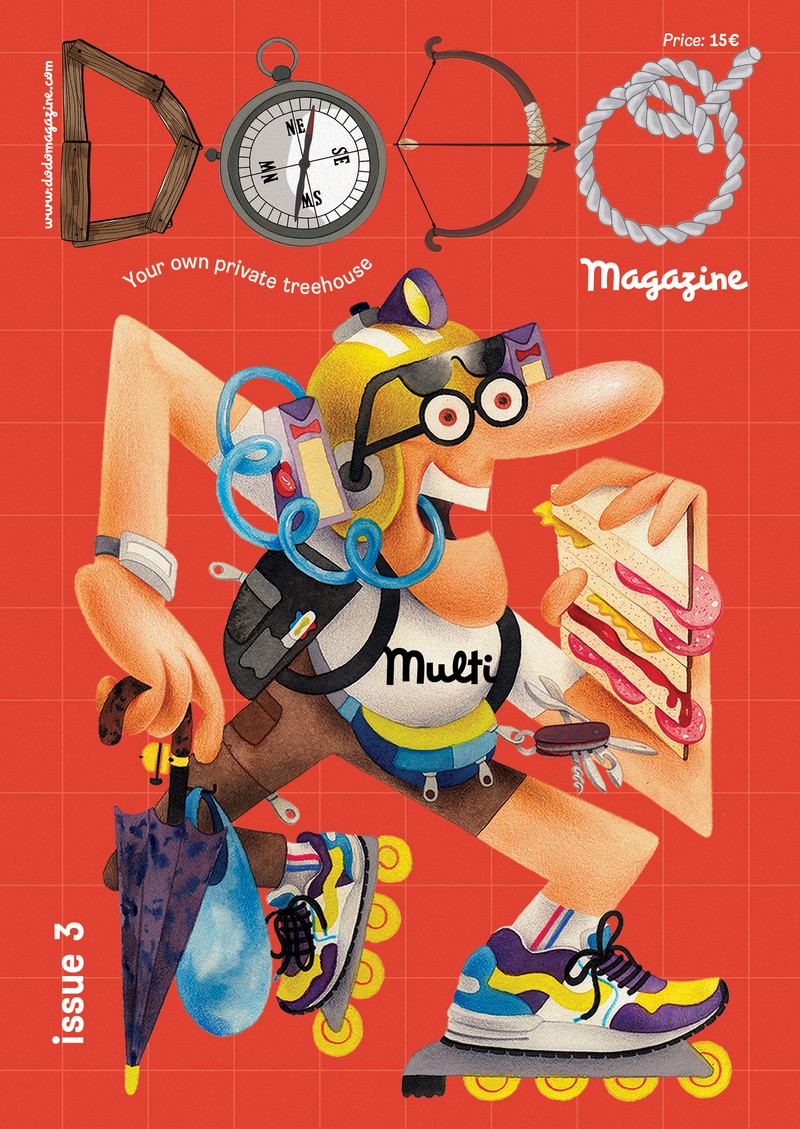 That’s why I was so thrilled when I found out about co-founders Rubén Martín Hernandez and Hayli Chwang’s, next venture – Tiny Huge News. Realised as a series of workshops THN takes the Dodo ethos and applies it to a news channel created by kids for kids!

Generated in standalone events run in Madrid and Beijing THN teaches participating 9-12 year olds not only how to traverse the ever shifting media landscape we all live in, navigating the pitfalls of fake news, bad news and vapid viral distraction. It teaches them first hand how to make news – And not the dry, quite frankly broken news we are fed day in day out on the hour whether we like it or not, but rather a bright colourful, eye popping parade of colour and conscious content.

THN is news as it should be, engaging, entertaining and inspiring. Free from top down, spoon fed fear, agenda and spin. This is news created by the people for the people, albeit little people. But if you think children are oblivious to what’s going on in the world then you’d be mistaken – Media and civic literacy are big issues and with almost a third of the world’s population under 15 years old it’s something that needs to be addressed.

Not to fear, Tiny Huge News is here to set the record straight!

I know! Pretty great right? And now here I am sitting in the Berlin HQ of Dodo labs, summer sun streaming through their top floor windows, surrounded by the fantastic costumes and props created for previous projects, talking with Rubén and Hayli about how Pure Story can help them take THN to the next level. How they can take on the world of news and win.

In one intense 4 hour session we worked through both the Pure Story Idea Capture Canvas and immediately applied it to the Story Design Canvas. Mapping out their personal hero’s journey right there and then. We then parted company and Pure Story went to work generating the unique THN blueprint, their storyworld map (shown below). We scheduled a follow up session to go through the blueprint and amend it as needed before applying it to the Strategic Roadmap. Bi weekly catch up sessions followed, ensuring that things stayed on track heading towards this summer’s big event right here in Berlin!

To find out more and get you or your kids involved keep your eyes on dodolaboratory.com

“When it comes to effecting true change in a society, children and young people have truly boundless potential. Nevertheless, in many countries, their perspectives and views are given little to no attention.”